An explanation that it was called Nettarpa bridge was that before 1930 there was only one house in the present Nittorp society. When you talked about Nettarp, then, you meant the city of Nittorp.
When the current bridge was built is unclear, but the probable is around 1850. It is also believed that some of the building material came from the medieval church on the Stommen which was abandoned in 1847.
During the restoration of the medieval church in 1938, one found its tympanone stone in the bridge. It is now looking inside the new church (see the sketch below).
A tympanum stone is a half-round stone above a door or window. 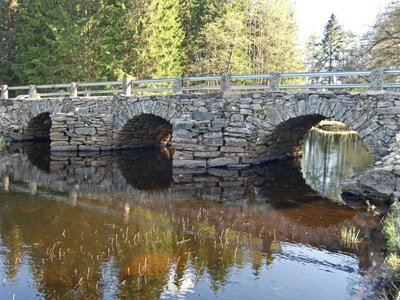 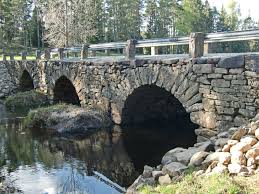 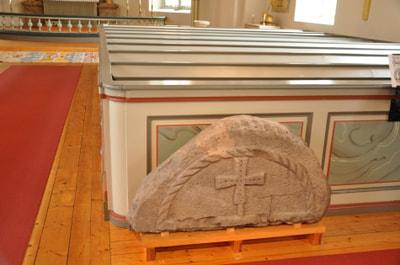 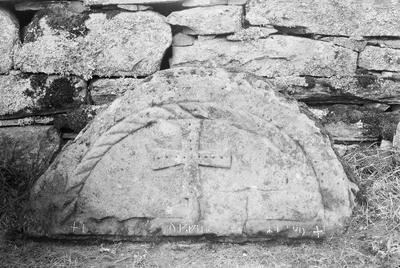 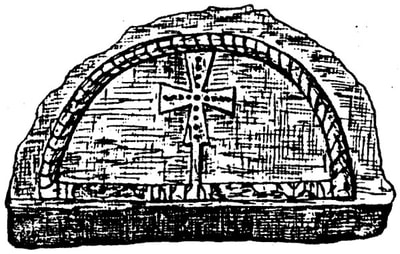 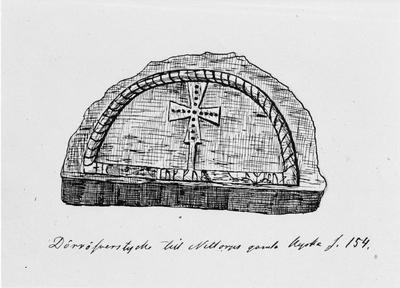