4. The plow forge - industry from 1865 along the Jälmåleden

​Where Jälmån flows into Dalstorpasjön is found on the wilderness, which separates Lillån and Storån, remains after a marshmallow and water saw.
A number of houses and ponds tell us about a living environment where it was ground and sawed. At the pond there are also leftovers of Plogsmedjan's two buildings. In the one was the assembly, in the other processing and fine-tuning of materials from the Stångjärn hammer and the Manufaktursmedjan. The heavy plows, marked with the eklundhska serial number, are lifted to waiting carts by means of a faucet. The eklundhska plows were far ahead of their time. They were entirely made of iron, other makes were largely made of wood.
The plows were exported to many countries and were awarded prizes in exhibitions in Paris, Vienna, Moscow and in America.
But times changed and towards the end of the 19th century, the economy began to deteriorate. Eklundh fought in vain to try to get some railroad line to pass Dalstorp. What eventually ended the expansion of Hjälmafors use was the major transport problems. Another reason for the deterioration was that around the world began to build rolling mills that gave a profile iron that became both lighter and cheaper than iron. 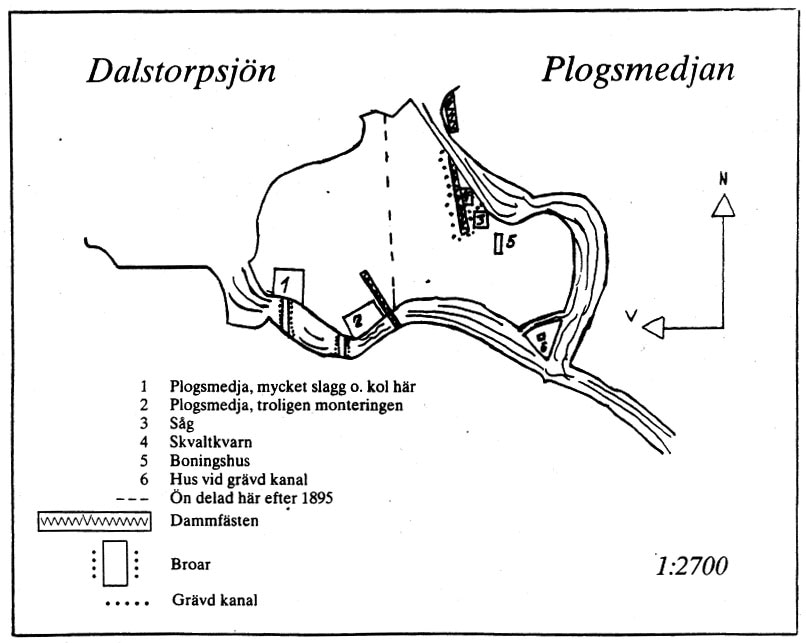